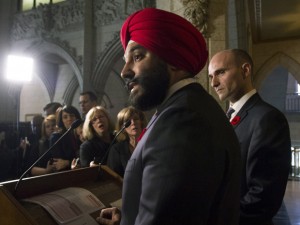 Here’s what I wrote about the Census back in 2010:

The debate focuses on the long form. Those trying to axe the Census argue these questions are an invasion of privacy. “Why the hell should the government know what time I leave to go to work?” they shout angrily on their twitter accounts and in Toronto Sun editorials.

“Well,” the other side argues “so that cities can build roads and public transit to help you get to work on time. Duh.”

The reality is we live in an information age, and long form Census data is a valuable source of information. Governments use it to help plan communities and programs. Hospitals need it to provide the right kind of services and fight pandemics. Researches use it to track demographic trends over time. Masters students, like Stephen Harper, use it to write thesis papers. Think tanks, like the Fraser Institute, use it to prove their kooky right wing theories. And businesses use it all the time – just think of restaurants and grocery stores that sell ethnic foods or cater to specific client demographics.

Here’s what I wrote about it a year and a half ago:

I’ve never been of the opinion that Stephen Harper is a monster who has destroyed Canada beyond recognition. Even on issues where we disagree – the gun registry, climate change, Quebec as a nation – I understand where he’s coming from. However, of everything Harper has done, his decision to scrap the long form census remains the thing that boils my blood. Here was the party who sends Happy Hanukkah cards to swing voters calling the census too “intrusive”. It wasn’t an assault on the welfare state or big government, it was an assault on reason. It showed that Harper offered nothing more than government by truthiness.

And that, is why I’ll be taking a break from blogging for the next bit to help defeat him.

So it kind of goes without saying that I am elated by today’s announcement that the mandatory long-form census is coming back.

One response to “The Census Returns!”