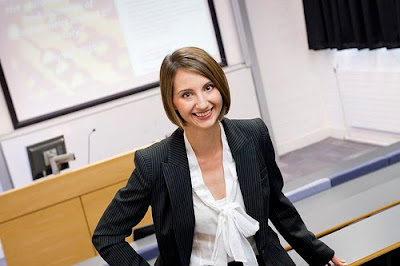 Josipa is up front about the stigma facing the Liberal brand in Alberta – “When you play it as Liberal versus Conservative, Trudeau, the NEP, and the Sponsorship Scandal come up. Few people have a negative opinion of Harper. We can’t win on that.”

So rather than talk about the Conservatives, corruption, or contempt, Josipa is focusing on another “C” – Calgary. She is making her campaign all about local issues.

The Calgary East Liberals certainly aren’t the first underdog campaign to try and shift the focus to local issues, but I’m not sure I’ve ever seen a Calgary campaign embrace the strategy with this much passion. Which is surprising in and of itself because, let’s be honest with ourselves, no Calgary riding is going to elect a Liberal on Michael Ignatieff’s coat tails this election.

Below is a brief summary of the six local issues Petrunic is pushing – she’ll soon be posting full details on her website.

1. Airport Tunnel: This was a big issue in the municipal election, and new mayor and wunder-boy Naheed Nenshi has been pushing hard to make it happen. Yes, it’s not a federal issue per se, but the current MP Deepak Obhrai has, somewhat foolishly, made it an issue by calling the tunnel “foolish”.

2. South East LRT Line: There’s little in the Liberal platform to suggest they’re more likely to cough up the cash than the Conservatives but, once again, the federal Tories have played into the local issues campaign, with Jason Kenney coming out against federal funding in local papers and on Twitter.

4. CPRail Yard in Ingelwood: The “deafening noise of screeching metal” has been driving local citizens up the wall for years. Petrunic recognizes it isn’t the federal government’s job to regulate noise complaints but feels “as an MP, you have an obligation to serve as a lobbyist on behalf of your constituents.”

5. Mainland Heights School Closure: Petrunic says this has been “the single biggest issue at the door”. Once again, she feels the riding’s MP could play an advocacy role on this issue, even if there’s nothing concrete they can do.

It’s clear the federal government can’t, and shouldn’t, tackle all these issues. But there’s something to be said for an MP promising to advocate on behalf of local constituents, so long as it’s clear to them that’s all these promises are – advocacy pledges.

Regardless, it’s a smart political play for a Liberal candidate in Calgary and I’ll be curious to see if it pays off on election day.