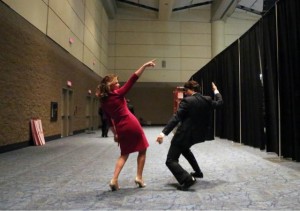 There isn’t a lot of suspense surrounding Sunday’s Liberal leadership vote. Pick the metric of your choice – fundraising, endorsements, hair volume – and Trudeau leads his nearest challenger by at least a 4:1 ratio. I wouldn’t put a lot of stock in Twitter support, but Justin has 10 times more followers than the rest of the field combined.

The following table provides an overview of what little quantitative data we have on the race and offers a Power Rank, based on how these variables have translated to votes in past contests (methodology here).

The bracketed number on the final column reflects changes from the last update – you can consider it a “momentum” score of sorts. Although that number shows Trudeau gaining ground, that’s completely a by-product of increased media attention – his share of the fundraising pie has actually dipped from 66% to 63%, with Joyce Murray and Martin Cauchon finishing strong on that front.

As I’ve stressed before, this isn’t a first ballot prediction, though it seems like as good a guess as any. I’d personally bet the “under” on 78% for Trudeau, but I do think he’s heading for a clear majority – and not just a “clear majority” by NDP standards.

In the end, whether Trudeau nabs 78%, or 63%, or the 112% some seem to be expecting, is irrelevant. Paul Martin received 94% of the vote and Michael Ignatieff got every vote, but both inherited deeply divided parties. While I have no doubt there will still be gripping from anonymous Liberals in the years to come, Team Trudeau has smartly run a positive and mostly unantagonistic campaign, that should leave Justin with relatively few enemies within the party.