Alberta didn’t change – but its image will 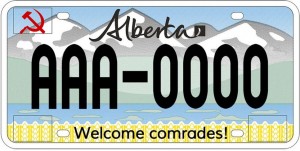 The defeat of the PCs seemed unthinkable a few months ago. The notion they could lose to the NDP would have been laughable. But this is how politics in Alberta works. Every 30 or 40 years, a Chinook blows over the mountain and sweeps in a new government who has never before held power. So after a wild couple of years, we can probably all ignore Alberta politics until the middle of the Century (when Stephen Harper’s granddaughter runs for Premier).

Even though the polls foretold an NDP win, Albertans have rightly grown cynical of the polls, so there were still plenty of surprised faces on all sides of the spectrum tonight. Outside Alberta, it won’t just be surprise tomorrow, but consternation over how Alberta could turn orange. With the NDP floundering in Manitoba, it seems likely Alberta will be Canada’s lone socialist province this time next year. The province will stand out like an old man in an orange speedo at a formal ball.

Alberta is used to standing out, but for different reasons. For years, the province cultivated and cherished its reputation as the bad boy of confederation. There were the “Let the eastern bastards freeze in the dark!” bumper stickers. Ann Coulter called the province “the good Canadians”. It likely didn’t help that Ralph Klein was the face of Alberta for a decade.

The thing is, that bad boy reputation was always more bluster than reality. Everyone noticed when Calgarians elected a Harvard-educated Muslim as Mayor in 2010 – all the more, because those latte sipping pinkos in Toronto elected Rob Ford a week earlier. Three years later, Edmontonians elected 34-year Don Iveson – Canada’s first openly nerd mayor.

But Edmonton has always been dubbed “Redmonton” for its political leanings, and Nenshi is only the latest in a string of Liberal mayors from Calgary. If you look at the results from the last few provincial elections, you’ll quickly realize Alberta hasn’t been a Conservative monolith since before Calgary hosted the Olympics.

Yes, progressives flocked to the PCs last election, but only because Alison Redford looked and sounded like a progressive. In every other election from the past 30 years, over a third of Albertans have voted for parties on the left.

But that’s always been a more complicated story to tell than the caricature of crazy conservative Alberta which, admittedly, some of our politicians (*cough*Rob Anders*cough*) did not help to dispel.

Similarly, many will simplify the story of tonight to Albertans swinging wildly to the left. While it’s true the province has changed, those changes have been gradual. What really happened in 2015 was Rachel Notley looking like a safe option for change, at a time when voters wanted change. The fact that Notley made Thomas Mulcair feel as welcome in Alberta as a rat (or worse, a Canucks fan) in the dying days of this campaign tells you all you need to know about the strength of the NDP brand. So don’t expect “howdy” to be replaced with “welcome comrade” the next time you land in Calgary.

No, Alberta hasn’t changed. But the perception of Alberta will. Rachel Notley, Naheed Nenshi, and Don Iveson are now the face of the province. The myth of Alberta as a conservative wasteland is dead.

8 responses to “Alberta didn’t change – but its image will”