Don Iveson will stand the test of time

However, Nenshi may have competition from Calgary’s rival city.

I crossed paths with Iveson a few times when I was at the University of Alberta. I remember bumping into him on the bus shortly after he’d been elected to council so I asked him how the job was treating him. He deadpanned a two minute story to set up a West Wing punchline (“Crime. Boy, I don’t know”). That shouldn’t have surprised me from a guy who tweets West Wing quotes, borrows Bartlet campaign tactics, and even played episodes at his campaign office. While this undoubtedly makes him a political nerd, you don’t need Joey Lucas’ polling to tell you everyone who works in politics has given a “Let Bartlet Be Bartlet” speech, or taken a “which west wing character are you” quiz…over and over, until it gave you the answer you wanted (“Will Bailey? That can’t be right. I’m totally a Josh.”).

No, what sets Iveson apart is that he breaks free of political nerd culture, boldly going where few politicians have gone before – into full blown nerd culture. Case in point, from Edmonton’s Comic & Entertainment Expo: 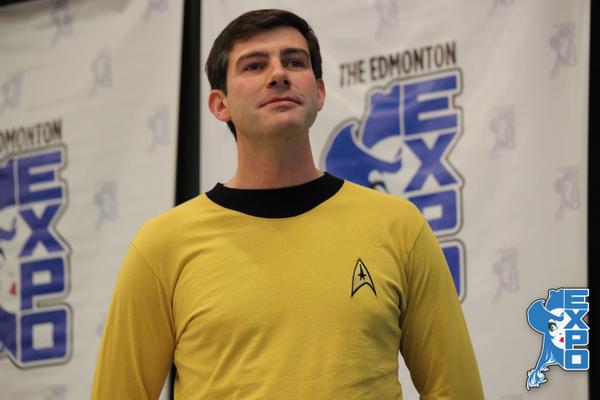 Iveson took the opportunity to deliver a speech about the future of the city to a room of people who I would imagine spend a lot more time watching Battlestar Galactica reruns than Power & Politics. By coming in costume and warming up the crowd, he caused ears to perk up on important municipal issues – and not just because many were dressed as vulcans. A few will roll their eyes when they see the pictures, but Iveson instantly connected with hundreds of voters. Consider this the final frontier of micro-targeting.

This past week, the Mayor was in fine form again, using an analogy from the Civilization computer game to express the need for infrastructure investment (no word on whether he felt this should take priority over defense spending to fend off barbarian uprisings). Once again, he used a little geek charm to liven up a dry topic, thereby winning the eternal devotion of anyone who has ever said “one more turn” until the wee hours of the morning.

I have no idea what’s next for Iveson. Tardis phone booths in Edmonton? An anti-zombie fence around City Hall? Subcontracting law enforcement services out to Batman?

Regardless, Don Iveson has injected some fun into Edmonton municipal politics, giving Ontario progressives (at least us nerdier ones) yet another Alberta Mayor to be envious of.