"On October 6th vote for proper scaling of the Y-axis. Vote Liberal." 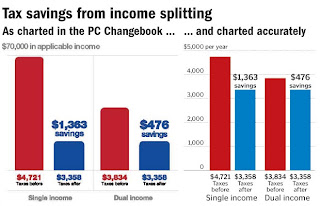 For those worried the Ontario election lacked a meaty ballot questions, comes the most exciting statistical controversy since the scrapping of the mandatory long form Census:

There are 13 statistical graphs in the Changebook. Every single one reveals significant errors in labelling, citation, scaling, and proportion. In a few cases, the illustrated data is actually false. In almost all, axes and scaling have been skewed and manipulated, without proper labelling, to exaggerate political points. In some cases, it appears the graphs were simply hand-drawn.

Whatever one thinks of a political party’s platform, voters have the right to expect honesty and transparency in its presentation. The consistent pattern of distortion in the Changebook’s 13 graphs reveals a willingness to sacrifice integrity for political optics. And that approach is consistent with the other controversies that have dogged the Conservative campaign so far. 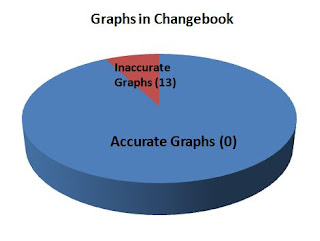