It’s time to crown the Calgary Grit “Person of the Year”. As the above list of past winners shows, this award doesn’t necessarily go to my favourite politician, or to the politician who had the best year. Rather, it goes to someone whose influence was felt on the Canadian political landscape – with that said, I try to stay away from the PM whenever possible, since that’s always an easy cop-out.

So who wins in 2008? Well, let’s look at the runner-ups first. Maxime Bernier and Julie Couillard injected some life into the droll world of Canadian politics, but had little long-term impact. At the provincial level, Jean Charest and Ed Stelmach were re-elected in a pair of rather uneventful elections. Few Premiers made bold political moves, outside of Gordon Campbell’s carbon tax – but its rejection in the federal election limits his influence to the West Coast. And, once again, few in the Harper Cabinet distinguished themselves, although Jim Flaherty’s fiscal update certainly makes him a candidate. Guy Giorno is also a tempting choice, but it’s difficult to say what percentage of PMO decisions were his, and what percentage were Harper’s.

I toyed with the idea of thinking outside the box and picking Barack Obama. After all, Canadians paid far more attention to the US election than to our own. And the don’t-call-it-NAFTAgate scandal did bring it home, to a certain extent. However, I see little evidence of an “Obama effect” on our election so while his election was historic and may change Canada significantly over the next 4 or 8 years, it didn’t change Canada significantly this year.

No, in the end, the three most significant political events of the year were likely: the Green Shift, the federal election, and the coalition confidence crisis. And one man was at the center of each of them. 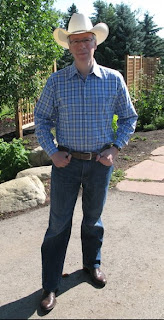 The fall of Stephane Dion in 2008 wasn’t unexpected. It wasn’t unique. But, it was the story of the year.

His bold policy, the Green Shift, was a great metaphor for Dion himself. Canadians said they wanted action on the environment, just like they said they wanted thoughtful and honest politicians. The Green Shift was a good policy in theory and, if given the chance, would have accomplished a lot. But, it could not be messaged or sold properly, and was soundly rejected by voters – as was Dion. 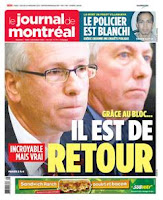 That rejection came during the 2008 federal election, when Harper became only the 5th Conservative Prime Minister ever to earn re-election. However, the election was never about Harper. From the very first attack ad in 2007, it was clear the election would be about Dion. So, despite a strong showing in the French debates and some spirited attacks against Harpernomics, voters chose Harper over Dion.

Or so they thought.

This brings us to what was, hands down, the defining moment of 2008 – the fortnight of insanity

The impact of those two weeks will be far reaching – from the Liberal leadership (non) race, to how Ignatieff will define himself as a leader, to the timing of the next election, to the constitutional precedents that were set. Sure, Dion was no more a player in the coalition saga than any of the other leaders, but his lame-duck leader status no doubt hurt the opposition insurgents. It also turned political insanity into Liberal insanity, leading to the crowning of a new Liberal leader 5 months ahead of schedule. Just as Dion’s win in 2006 was due to a rejection of Ignatieff, Ignatieff’s win – nearly three years to the day later – was due to a rejection of Dion.

So while 2008 was not the best of years for Stéphane Dion, his influence was felt throughout it.

Featured Posts, Person of the Year
coalition crisis, Stephane Dion
You are not authorized to see this part
Please, insert a valid App ID, otherwise your plugin won’t work correctly.