There were no see-my-vest incidents this year but, thanks to a few news stories, a few e-mails, and Jim Prentice’s facebook page, I’m able to present the fourth annual Stampede Fashion Round-Up.

First up, the federal party leaders: 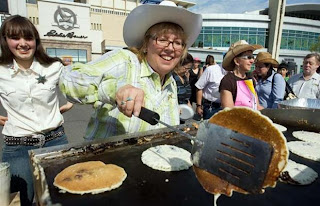 Elizabeth May, quite fairly, won “worst dressed” last year, but the experts turned it around and named her “best dressed” this time around.

Looking at the comparison below, she has obviously improved, but I think it’s probably a case of low expectations and a better picture being used this year, so I’m not quite prepared to crown her as the champ. 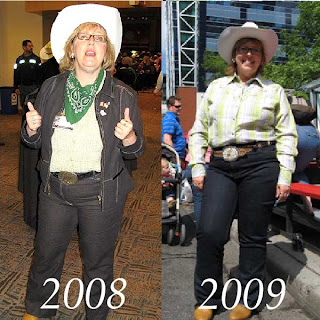 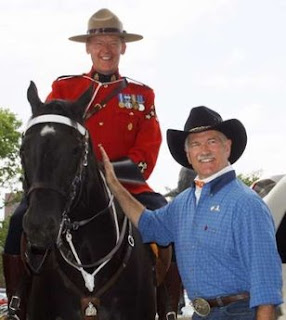 So while May earns a solid runner-up ribbon, I’m going to go with Jack Layton as my choice for “best dressed” among the party leaders. For a mustached socialist from Toronto, he pulls off western surprisingly well. In this picture, Harper tells a local farmer about anti-Stampede comments Michael Ignatieff had made earlier in the day. Harper would later return and clarify that it was actually PETA which had made the comments.

Ever since leather vest-gate, Harper has put in solid, but not spectacular, performances. This year is no different – he seems to have settled on the checkered shirt and dark cowboy hat as his go-to outfit. He even decided to shop for richardson baseball hats to upgrade his look. 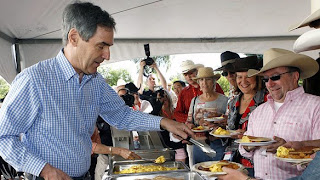 So Harper went with the red shirt, and the rookie Ignatieff went blue. While Ignatieff didn’t embarrass himself, he played it safe, and deserves a 4th place finish. I know Ignatieff’s an academic and a bit out of his element, but if Stephane Dion can pull off a cowboy hat, anyone can. 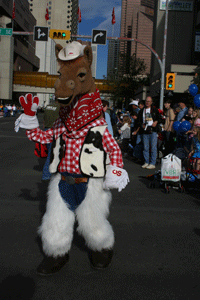 A surprise appearance by Gilles Duceppe! He does go with a hat, so I may have to slot him in ahead of Iggy in the rankings. 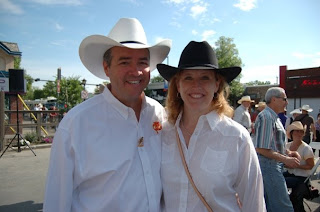 Calgary Mayor Dave Bronconnier poses with Lisa Raitt. Raitt sported a black cowboy hat until she misplaced it by the pancake tray. 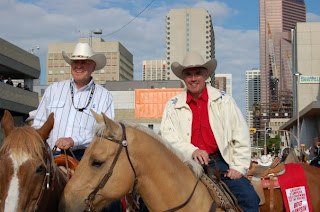 This brings us to Stampede superstar Jim Prentice. Sure, past environment ministers have turned in their SUVs for hybrids, but Prentice one-ups them by going horse back. 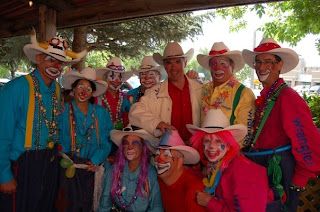 Prentice poses with the Tory caucus. 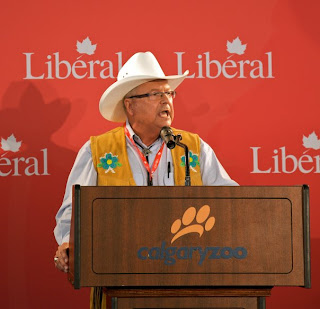 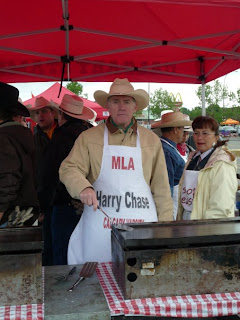 Like Prentice, Harry Chase is a Stampede superstar…the man is a cowboy, and could stare down Wyatt Earp. However, I must once again point out that the “Harry Chase MLA” apron is absolutely ridiculous.

While Chase always looks the part, provincial politicians often struggle at the Stampede. Ed Stelmach and David Swann are both nice people but both were clearly outdone by a bunch of city-slickers from Ottawa. I mean, for crying out loud, the tree-hugging Green Party leader had a better Stampede outfit than Alberta’s Premier and leader of the opposition! 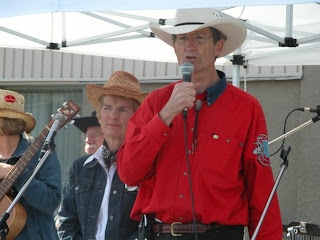