ALP Leadership Candidate Profiles: Everyone Take a Step to the Right 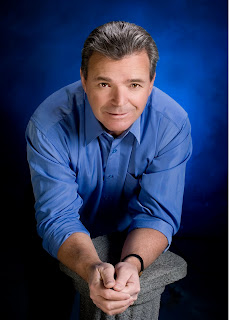 Background: Harvey was a Campaign Coordinator for Laurence Decore’s leadership bid in 1988, and dropped Decore’s name nine times in the open letter declaring his candidacy. So for those of you trying to design an ALP leadership debate drinking game, you’re welcome. 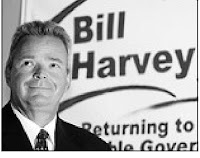 Harvey ran as a Liberal candidate in both the 2004 and 2008 elections, and made history the second time, becoming the first Liberal to be ever endorsed by Craig Chandler’s ultra-conservative PGIB group (for those unfamiliar with Chandler, here’s some delightful background about him).

In the real world, Harvey works in Calgary, in the Financial Services Industry.

Video: Harvey wasn’t a declared candidate at this May’s ALP convention, so I didn’t get a chance to interview him. However, you can view a video of Bill on his website.

Can he win? Harvey is the biggest wild card in this contest – and that’s saying a lot about a leadership race that includes Raj Sherman. While Harvey’s PGIB connection may hurt him among some Liberals, it’s impossible to deny Chandler’s organization has the ability to sign up hundreds, if not thousands, of supporters in Calgary if they put their mind to it. I have no way of knowing if they’re heeding Craig’s call to support Harvey – after all, most PGIB members would sooner listen to “Friday” on repeat in the 5th corner of hell before being even remotely associated with the Liberal Party…but it would be presumptuous to rule out Harvey as an also-ran.

My Take: Harvey is the only candidate I haven’t met, so there’s only so much I can say about him. He does, however, appear to be a capable speaker from what I’ve seen online.

As you’ve no doubt figured out by now, Harvey has made no secret about his rightward leanings. Included in his policy platform is “creating a provincial police force, a freeze and review on bureaucracy spending, tossing corporate welfare programs, more charter schools, defending the oil and gas industry, and tough new child pornography laws”. Some of these are certainly valid proposals, but they’re not exactly the kinds of things you’ll hear from Laurie Blakeman’s platform.

So if you think the ALP needs to take a giant step to the right, Harvey is probably your man. Personally, I think the Alberta Liberals need to break the perception they’re a tax and spend party (when they’re clearly not), but Harvey’s PGIB connection and rhetoric worries me. That’s probably unfair to Bill – after all, he’s been an active supporter of the ALP for over 20 years and has been approved as a candidate by the party establishment twice. And perhaps a rightward shift is the only way the Liberals will ever form government.

But without knowing more about him, he’d most likely rank 5th on my phantom ballot.