After a look at Harper and Ignatieff’s Christmas letters, we move on today to Jack Layton’s.

It’s been a great year for progressives across North America, with Barack Obama entering the White House, and the NDP winning the New Westminster-Coquitlam by election. All together now – Yes We Can! Yes We Can! 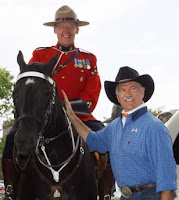 The year started with Michael Ignatieff showing a lack of conviction and principle, propping up the Harper Conservatives and their pro-bank, pro-oil, anti-kitchen table agenda. Luckily Canada’s New Democrats were there to oppose both Stephen Harper and ATM fees.

Then, in the fall, when Michael Ignatieff tried to plunge the country into an unwanted election, Canada’s NDP were there to support the Conservatives, in order to get real results for people.