Man of the Year

Time doesn’t have a copyright on it so, for the third straight year, I’m ready to crown my Person of the Year. Last year, Belinda took the honour for her waltz across the floor which grabbed headlines and changed history. In 2004, I went with Ralph Klein for his re-election and interference in the federal vote. And while Stephen Harper is the obvious choice this year, I think picking the PM is a big cop out (although not as lame as picking “You”, I guess) so this year’s Calgary Grit Person of the Year is… 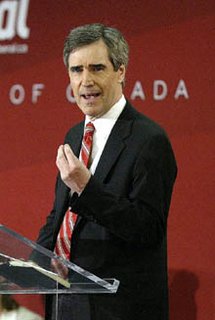 A year ago, Michael Ignatieff was fighting for a seat in Etobicoke Lakeshore, admit virulent criticism that he was anti-Ukrainian and supported torture. It was as messy a run for office as you’ll ever see in a safe Toronto seat (which, for the Liberals, are most Toronto seats). A year later, he came within a few gaffes of winning leadership of the Liberal Party of Canada and, despite his loss, he drove much of the political agenda in 2006 and is now Deputy Leader of the LPC. Not bad for a rookie.

As the frontrunner, Ignatieff grabbed most of the headlines in the year long Liberal leadership race and, as Dion said in his acceptance speech, took the lumps because of it. Everytime he sneezed, his critics said it was proof his immune system couldn’t handle the top job and his supporters said it was a sign he wasn’t a typical politician and that the sniffles were why they loved him. His stand on Afghanistan may have been the reason Harper called a snap vote on extending the mission and he led the debate throughout the entire leadership race (often arguing both sides, as one scribe wryly commented).

But despite what many Liberals say, the Liberal Party is not Canada and to be man of the year, there needs to be some meaningful and lasting contribution to the country. Ignatieff did just that during the Quebec nation fiasco this fall. While Ignatieff’s ownership of the nation motion was proportional to the motion’s popularity for much of the year, it’s hard to deny that he got the ball rolling on it. No policy this year was more controversial and none has the potential to have a larger long term impact on the very nature of our country. Those who support the motion feel it will squash separatism while those who opposed it (such as myself), feel it’s a very dangerous step towards the edge of the cliff. Time will tell, but for better or worse, Ignatieff’s role in this debate made him influential in 2006.

Michael Ignatieff is not a politician but that’s what made him a gift to blogging in 2006. Big ideas, big gaffes, and a polarizing figure – the holy trinity of blog material. One presumes Iggy will continue to provide good fodder in 2007.

Featured Posts, LPC Leadership 2006, Person of the Year
Michael Ignatieff
You are not authorized to see this part
Please, insert a valid App ID, otherwise your plugin won’t work correctly.