An update on all the people MAYBE running for Liberal leadership

The expectation is that rules for the Liberal leadership race will come down in June, setting the stage for a summer of getting to know the men and women wanting to lead Canada’s third party.

But while we won’t know the rules of the race for another month or two, that hasn’t limited speculation in the interim…or speculation about the interim leader, for that matter.

Back in January, I looked at the ten most commonly rumoured Liberal leadership candidates…and 18 fun longshots – the Naheed Nenshis and Amanda Langs of the world. Today, an update on the names that were most on the lips of delegates at the Liberal Party of Canada (Ontario) convention in Toronto this past weekend. 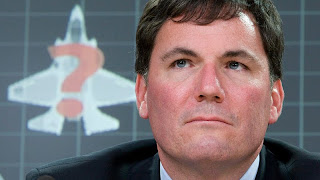 Don’t count on it

From that January list of ten “buzz” candidates, we can likely scratch off Scott Brison and Dominic Leblanc. While their names still get floated in most newspaper articles, the Liberals I know who would be first in line to support them aren’t expecting either Maritimer to toss their cap into the ring.

Which is a shame, because both represent the kind of generational change the party needs – and both are highly engaging and entertaining speakers, with pleasant demeanors that would contrast nicely with the gruff angry man personas of Harper and Mulcair. 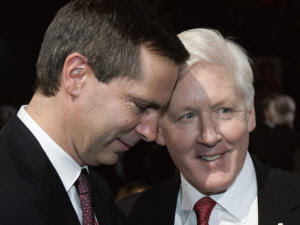 While this is very much anybody’s race to win, in my mind there are three candidates who would instantly vault to frontrunner status if they ran.

All three are political superstars with the name recognition and organizations that would make them very difficult to beat.

While Justin Trudeau has done his best Chris Christie impersonation by repeatedly denying he has any interest in running, there have been new rumblings about his potential candidacy in recent months – and they haven’t just been fueled by his TKO of Senator Brazeau, or idle media speculation.

The word on the street is that Justin is listening to the calls for him to run, though I’m still skeptical he’ll move beyond the listening stage. The man has shown remarkable restraint thus far in his political career, so the smart money is on him waiting until next time. That said, if the Liberals make the wrong choice there may not be a “next time”.

The reaction to Dalton McGuinty at January’s convention was electric, and he would enter the race with a formidable track record and political machine behind him. But given he’s fighting tooth and nail to tip the scales in Ontario to a majority, I seriously doubt he’d resign his own seat and plunge the OLP into a leadership race. There’s also the harsh reality that, for perhaps the first time since confederation, leading the Ontario Liberal Party is a more glamorous job than leading the federal Liberal Party.

Of course, if big brother isn’t interested, perhaps little brother will be. David McGuinty was one of the first candidates to openly muse about a leadership bid, but he’s never acted like someone coveting the top job. The man rarely leaves his own riding and was a no-show in Toronto this weekend.

So what about Bob? One year ago, Rae categorically ruled it out, solemnly swearing he would not seek the top job, saying it was time for “a new generation of leadership”. Now? He says a decision hasn’t been made, and he’s waiting on the rules. It’s a politician’s answer, and even his most ardent critics agree Rae may be one of the greatest politicians of his time. For this reason, many would follow him without hesitation if he runs – but others are so dead set against Rae they’d sooner back Alfonso Gagliano. 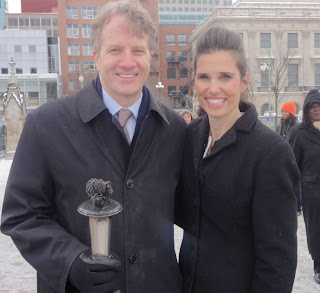 Martha Hall Findlay sounds like the most serious of the “maybe” candidates. She’s been sending out newsletters, holding events, and getting herself in front of cameras – Findlay herself acknowledges it’s “not a secret” she’s thinking about it. While Martha was the plucky underdog the last time she ran for leader, she’s definitely in it to win it this go around.

Also from the class of 2006 is Gerard Kennedy, who has openly mused about running. Kennedy was ahead of his time with his “renewal” themed campaign, back when Liberals assumed everything could be fixed with a new leader. He has continued to beat that drum of late, holding renewal roundtables, renewal BBQs, and renewal pub nights. The real key for Kennedy will be how many renewal french lessons he’s taken in the past few years.

One of the guests at Gerard’s Political Renewal Fair a few weeks back was Kirsty Duncan. Duncan would be a great addition to the race, as an intelligent well spoken woman. If she runs, expect a strong focus on Health Care and the environment from her campaign, as she has written books on these topics. 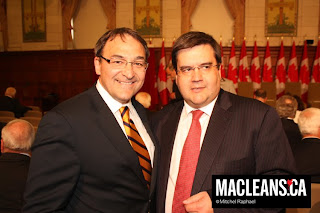 If you buy into the alternance theory of Liberal leadership, it’s time for a francophone leader, and there are certainly plenty of candidates from La Belle Province making noise.

The loudest has been Marc Garneau. Like Ken Dryden in 2006, Garneau has plenty of star power, but the question comes down to whether or not he has the right stuff to lead. I hope he runs, if only because I have a dozen out of this world astronaut puns that will go to waste if he takes a pass.

Even though Martin Cauchon and Denis Coderre have never run for Liberal Party leadership, they’ve each spent more than a decade thinking about it. I suspect Coderre’s future lies in provincial or municipal politics, though he will undoubtedly be a major asset for whichever campaign he winds up backing this go round.

Cauchon held a hospitality suite at the national convention and attended the LPCO convention this weekend – a clear signal he’d like to take on Thomas Mulcair not just in Outremont, but on the national stage. Believe it or not, he’ll only turn 50 this summer, but in some ways going with Cauchon would feel like a throwback to the Chretien era. That’s not necessarily a bad thing, but I’m not sure that’s the mood of the membership.

It doesn’t take a lot to start a leadership rumour, so the fact that Mauril Belanger quit the official languages committee and then showed up in Toronto this weekend was enough to get people talking. Of course, being an Ontario MP, you’d expect him to be at an LPCO convention. And of all the things holding Mauril back from a run for Liberal leadership, I really don’t think his spot on the official languages committee was very high on the list. But such is life in politics, where a new pair of glasses is taken as a sign of leadership aspirations. 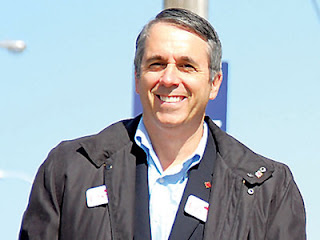 The candidates making the most noise about running at this point are the ones with no chance of winning. After all, given enough time, a politician can delude himself into thinking he has a chance at winning anything. Moreover, Martha Hall Findlay and Martin Singh’s longshot campaigns did wonders to raise their profiles, so it’s not even always about winning in the conventional sense.

The most credible of the “no names” appears to be defeated candidate David Bertschi, a persistent worker who ran a strong campaign in Ottawa Orleans last spring. Bertschi is assembling a team, has a website, and has launched a teaser video that tells us a lot about Canada’s potential as a country…but little about Bertschi’s potential as a candidate. Bertschi is a dynamic speaker one-on-one, and everyone who talked to him at the LPCO convention, myself include, left impressed.

Also making the rounds at the Sheraton this weekend was Toronto businessman George Takach. While he lacks elected experience, he’ll have no trouble raising money and, in the end, the amount of coin you bring in is the deciding factor in how long you can stay in the race.

Another name being floated is David Merner, the president of the BC wing of the federal Liberal Party. I’ve never met Merner, but this race needs a western voice or two, and to date Joyce Murray is the only MP west of Etobicoke making any noise about running.