Will any Calgary Grits be going to Ottawa in 2015?

We’ve all heard the jokes.

When Calgary was hit with flooding in 2005, the Calgary Herald ran a delicious cartoon showing a giant ark being loaded up at the Stampede grounds, and Noah lamenting that, despite his instructions to rescue 2 of each kind, he couldn’t find a second Liberal.

It’s been 46 years since the Liberals won a seat in Calgary, meaning local grits are 0 for their last 83. However, loss number 83 in that streak – Harvey Locke’s near miss in the 2012 Calgary Centre by-election – has given Liberals hope. Obviously, a lot of that is because of Justin Trudeau.

Given the frequent burning of Pierre Trudeau effigies on Nose Hill, it’s easy to forget the last Liberal victory in Calgary came during the original round of Trudeaumania. And, while Trudeaumania II has been tempered by memories of the NEP, Justin has been doing everything right, making frequent trips to Alberta, and earning praise by getting dirty and doing real work rather than cheap photo ops after last year’s devastating floods. More importantly, he has come out in favour of the Keystone Pipeline, positioning himself as the most pro-oilpatch friendly leader in his party’s history. 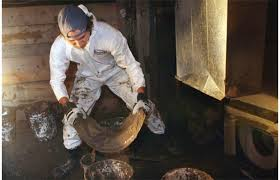 So, while the odds are still long, talking about a Liberal win in Calgary has moved from the Fantasy genre to Science Fiction – far fetched, but possible without breaking any of our universe’s physical laws.

Not surprisingly, Calgary Centre is seen as the primary target. Locke came within just over 1,000 votes in the by-election, and there’s been speculation of Naheed Nenshi’s chief of staff, Chima Nkemdirim, running in 2015. That speculation is likely to grow following the announcement of Nkemdirim as a guest speaker at the upcoming LPC convention.

The new riding boundaries should also work in the Liberals’ favour. Lopped off of Centre is the affluent western part of the riding where the CPC earned 65% of the vote last election, replaced with a chunk of polls where they were held to 43%. Taken together, the Conservatives picked up 55% of the vote in the new Calgary Centre in 2011. Those type of numbers shouldn’t make Harper sweat, but recent polls have the Conservatives down by an average of 15 points across Alberta, opening up the very real possibility of an upset if the “anybody but” vote coalesces behind a single progressive candidate. Nkemdirim certainly gives the Liberals a good chance to rally the “Nenshi coalition” under one banner.

So expect to read a lot about Calgary Centre next year. However, equally deserving of attention is Calgary Confederation. On paper, Confederation is actually the most vulnerable of the new Calgary ridings – in 2011, the Tory vote in the polls that now make up the riding was 52%, lower than in the new Centre. Indeed, Confederation is a gift from the boundaries commission gods to Liberals in Calgary (perhaps given out of pity). Confederation brings together the provincial riding of Calgary Mountainview, dominated by Liberal David Swann, with the University of Calgary campus – still a breeding ground for lefties, despite the best efforts of professors Flanagan, Morton, and the rest of the Calgary School. Throw in the fact that there is no incumbent Conservative MP, and the riding looks ripe for the taking. 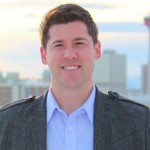 The likely Liberal candidate in Confederation is 30-year old lawyer Matt Grant, a former EA to Liberal MLAs Craig Cheffins and Kent Hehr, and the son-in-law of former Mayor Al Duerr. None of that screams “star candidate”, but I got to know Matt quite well during our young Liberals days, and he’s one of the hardest working Liberals I’ve met. From what I’ve seen over the years, the biggest progressive success stories in Alberta are usually born out of candidates going door to door until their knuckles bleed, rather than holding out hope on big names. Mix that in with one of the most impressive and tech-savvy campaign teams ever assembled in Calgary, and you’ve got all the ingredients for an upset.

I use the term upset, because the Tories are still very much the favourites in Centre and Confederation (or Skyview for that matter, another riding opposition parties should not ignore). Even if the Conservative vote falls to the 40% range in these ridings, it would take a concerted effort to wrestle these seats away, and the left has a frustrating record of splitting the few progressive votes which exist in Alberta. Look no further than Joan Crockett winning the Calgary Centre by-election with 37% of the vote.

However, at the very least, the Conservatives will need to spend time and resources fighting for seats in their own backyard. And maybe, just maybe, sometime next year Calgary will send a Liberal MP to Ottawa for the first time in nearly 50 years.