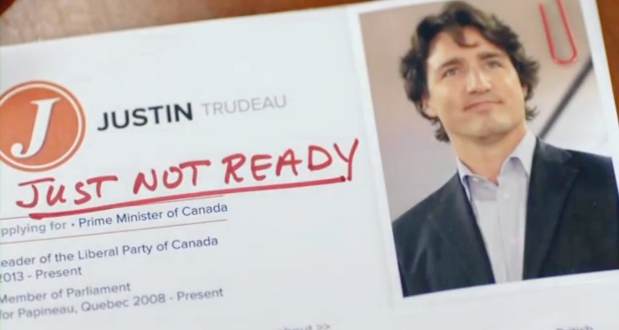 Three years ago, there were very real questions being asked about whether or not the Liberal Party would still exist after the next federal election. The party was in a death spiral, having fallen to just 35 seats in the previous election.

I was still blogging regularly at the time – this was long before I went to work for the party, and I still hadn’t even decided if I would actually vote for Trudeau in the leadership race (after all, Takachmentum and Mernermania was spreading across the land!). I summed up my reaction to Trudeau’s leadership launch with a blog post titled “Ready or Not”:

During this time, I suspect most Liberals secretly viewed Justin as “the next one” – that hot shot prospect you pin your hopes on. Like all prospects, the potential was there, but so was the risk he could bust and turn into the next Alexandre Daigle.

No one wanted to rush him to the majors this soon, and I’m sure Justin himself would have rather waited – but we’re in a situation where there may not be a Liberal Party for Justin Trudeau to lead in 10 years, so the time is now. Ready or not, here he comes.

The end result of this is a leadership race where no one really knows what to expect from the frontrunner. Yes, everybody has confidently written about how he’s destined to be the Liberal saviour or to go down in flames, but Justin is still very much an unknown so it’s all just speculation. A charity boxing match is not a gateway to the man’s soul. Just because he hasn’t been to outer space, it doesn’t mean he lacks substance or vision.

Justin Trudeau is a giant blob of untested potential who Liberals have been pinning their hopes on for many years. Yesterday, he finally got his call to the majors.

I never imagined we’d spend the next three years debating that very “ready or not” question.

Even Trudeau’s harshest critics who cringe at the thought of him moving back into 24 Sussex will concede he had a good campaign. And part of the reason for that is because of his harshest critics. They made “ready to lead” the ballot question. Then, like Wile E. Coyote, set a series of traps that horribly backfired – a 78 day campaign and 5 debates, including one on foreign policy. This gave voters plenty of opportunities to look at Trudeau, and every time they did, the guy looked and sounded ready.

And that’s because he is.

Despite the accusation that he has had everything in his life handed to him, Trudeau has constantly been under-estimated, and has constantly exceeded expectations. We saw it when he won an open nomination to enter politics, when he wrestled a seat away from the Bloc in 2008, and when he survived the orange wave in 2011. We even saw it in the silly boxing match.

Having seen the man close up for the past 18 months, I can say that the reason he has constantly exceeded expectations is hard work and determination. Those characteristics are going to make him a very good Prime Minister.