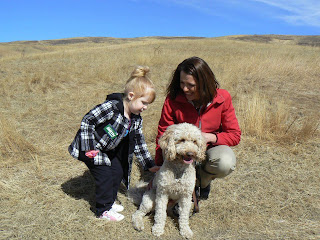 On Sunday, the Wildrose Party released an April Fools press release, proposing to merge Alberta and Saskatchewan. On Monday, they took the silliness up a level:

CREMONA, Alta. – Alberta’s Wildrose party is promising free oil money for all if it win’s the April 23 provincial election.

“Instead of squandering surplus funds on pet projects and more government waste, the Alberta Energy Dividend will ensure Albertans benefit directly from the wealth our energy sector generates,” Smith said in a news release.

“Wildrose believes that Albertans can spend their own money better than government. That is precisely why we’ve got a plan to put more money back in their pockets instead of government coffers.”

The Alberta government is predicting oil will average out at US$108 a barrel by 2015. Smith said if that happens, her team would cut a $300 cheque to every man, woman, and child.

So if you think the Progressive Conservatives have grown tired after 40 years in power and have little long term economic vision, the Wildrose alternative is to recycle one of the most visionless policies ever adopted in Alberta – Ralph Bucks.

It’s not even worth wasting virtual ink over the merits of this policy, because there are none. Cash giveaways of this nature are the surest way for a leader to signal he or she has no intention of even pretending they have a plan to govern. I’d call it lazy policy making, but “policy making” is too charitable a term for it.

So let’s look at the politics.

As the PC MLAs on the “money for nothing committee” showed, human beings have a difficult time saying no to free money. I know voters rarely study election platforms in detail, but Danielle Smith’s platform continues to drift further and further into fantasyland. To recap:

Now, there are three ways the Wildrose Party could pay for this laundry list of electoral treats (which will continue grow by the time the campaign is done):

1. Cuts: The thing is, the cuts Smith is promising are mostly symbolic gestures – cut Cabinet Minister salaries and buy cheaper paper clips. She is promising to scrap $2 billion worth of carbon capture and sequestration projects – the rub is, some of that funding has already been spent, and the rest is spread out over 15 years. On a yearly basis, that barely covers her child tax credit.

2. Taxes and royalties: The Alberta Liberals have promised an ambitious platform including free tuition, and are paying for it through tax increases on the richest Albertans and businesses. The Wildrosers? They’ve signed a no-tax pledge. If anything, they’d rather see less royalty revenue.

3. Magic: At this point, this is he most plausible explanation. That or winning the lottery a few times each year.

Whether or not the other leaders make this point in a compelling enough manner remains to be seen. As Jack Layton showed last spring, platform costing usually takes a back seat when a charismatic leader is able to capture the imagination of the electorate.